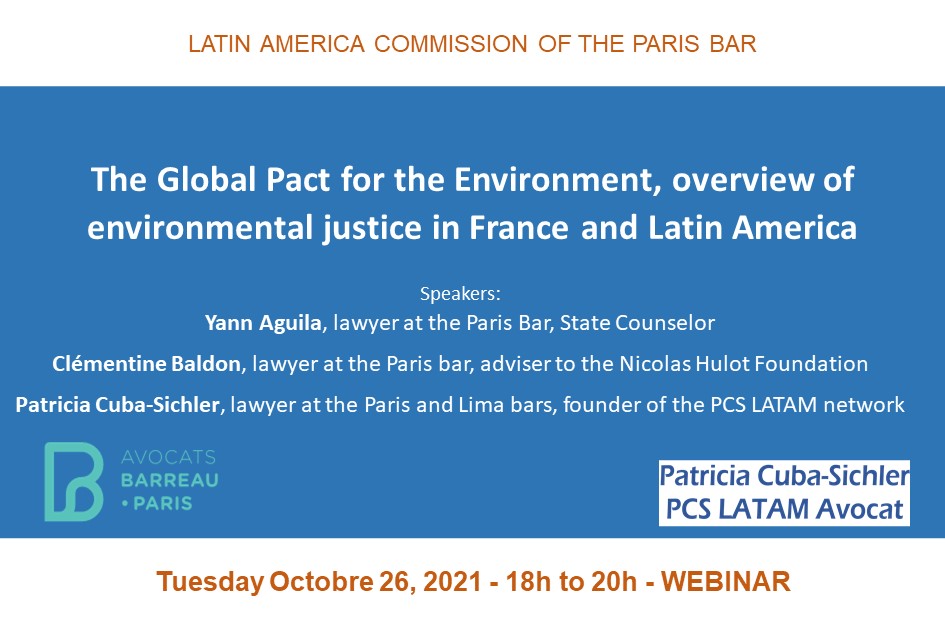 Clémentine Baldon, lawyer at the Paris bar, adviser to the Nicolas Hulot Foundation

Patricia Cuba-Sichler, lawyer at the Paris and Lima bars, founder of the PCS LATAM network

The recent climate disputes initiated in France such as “the affair of the century”, whose decision of last October 14 condemned the State for climate inaction, raise a growing phenomenon of recourse to justice to force the State to define policies environment up to the climatic challenges.

Is this “phenomenon” present in Latin America? How does he present himself?

What will be the effects on companies in France and Latin America?

What are the environmental justice tools available to international civil society?